Let it Snow...in my Kitchen?

Have you ever wanted to play in the snow with your kids, but you didn't want to pull out that hated snowsuit and wrestle them into it? Well, I have. Then I got this GREAT idea from MckMama- to bring the snow inside!

So, we did. Z isn't big enough to stand on anything & play in the sink, so I just brought a bowl of snow inside & put it on a towel on the kitchen floor.

You can see from the next picture that he's pretty excited about it: 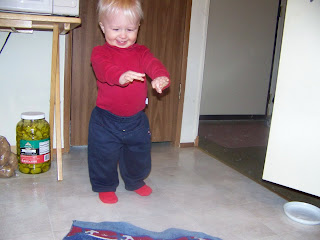 Digging in the snow: 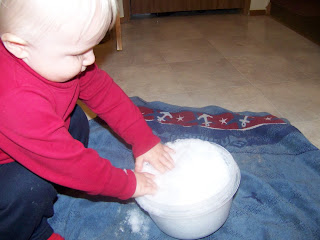 wiping the cold snow off his hands: 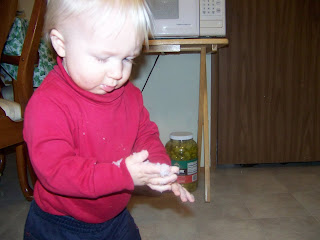 of course, eating the snow: 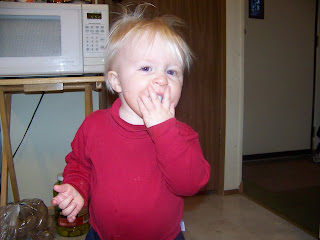 and a silly face about the snow: 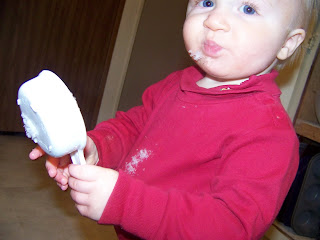 What a great idea, he looks like he is having so much fun. At that age, doesn't everything belong in the mouth lol.