Well, I'm finally able to write my school post for last week! I had some kind of issue uploading my pictures, I kept trying over and over, and I just finally got the last few uploaded tonight! They would upload, but they were all streaky with streaks of color in them - has anyone else had any issues like this, or have any tips for me??? I was so frustrated!
Anyhow...we studied the letter F this (last) week! We did circle time each day (Z loves changing everything on the circle time board with me each week, I think it makes him feel like he's big). :) Notice Natalie getting into the 'gumballs'...every day we have to count the gumballs to see how many she's put on the board while we're doing other school stuff. :) 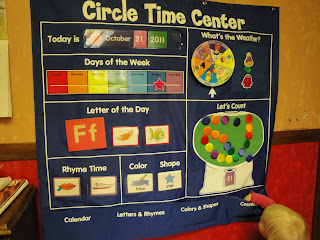 We studied the commandment to honor your father and mother, and Z learned the verse to go along with it. This is our favorite song on the CD - you can hear it here. Our Bible story for the week was about the Prodigal Son. 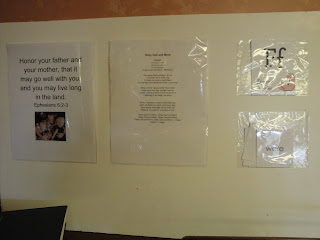 Here is what the kids do while we listen to their Bible song - they either dance around the room or rock on the rocking toys. :) 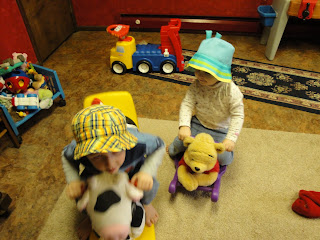 (love the boots in this dancing picture) :) 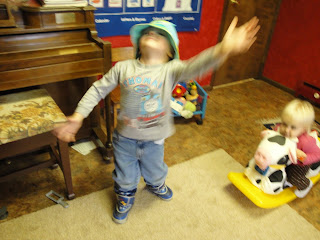 We made a Fire F with red and yellow tissue paper that we crumpled up & glued on our F's. (idea from here) 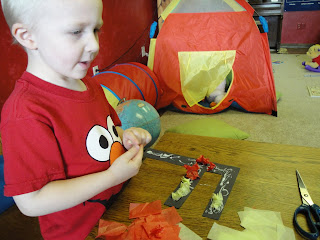 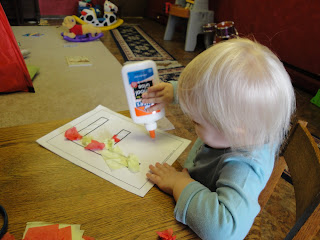 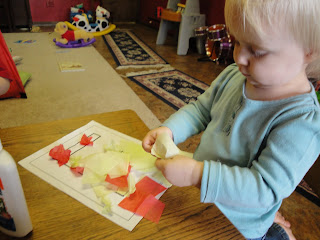 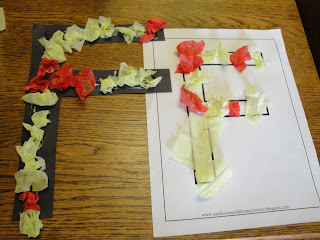 We used our blend ladders to make a few words - Z wasn't as into this as he has been. 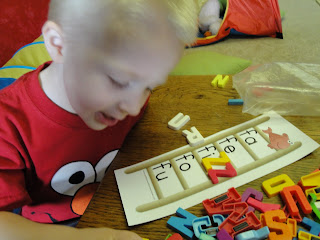 We did the last two number order puzzles, and he loved these! He specifically asked for them even though I hadn't planned on using them this week! We counted to 50 while we did them! I wish they went up to 100! :) 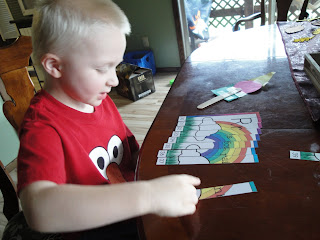 We used goldfish crackers to measure some fish! 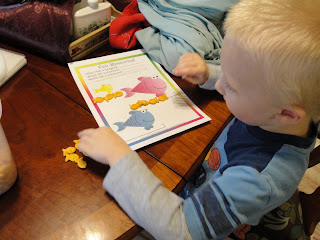 I gave Natalie a paper, too, but she just ate the goldfish. :) 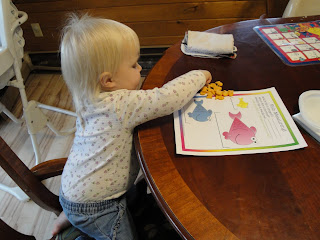 Zachary did a dot page, and Natalie dot painted on her Fire F. 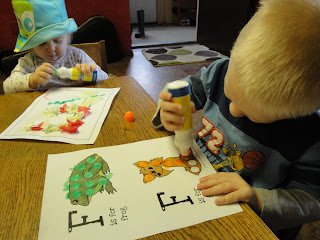 Here she is playing with the cap of her dot marker - I just love this hat. :) 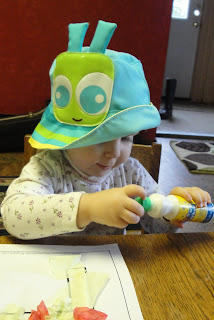 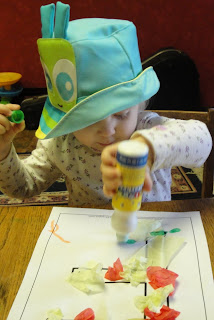 They did some coloring. (Speaking of colors, Nat's favorite color is purple - she says 'pur-ple' for red, blue, pink and purple, but if you ask her which thing in front of her is purple she usually points to the right one - now Z knew a lot of his letters at 22 months, but not his colors! I guess it goes to show you that every child learns different things at a different pace!) :) 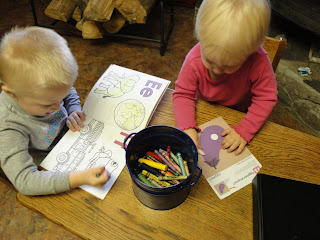 We used some bottle cap number cards to play with this week, and Z seemed to enjoy these. 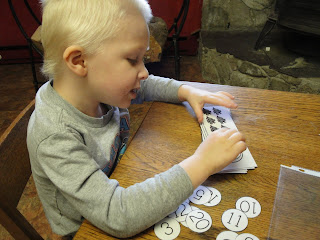 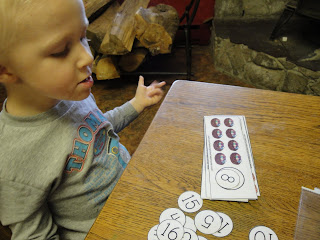 I let them use some stamps & ink to have fun stamping. 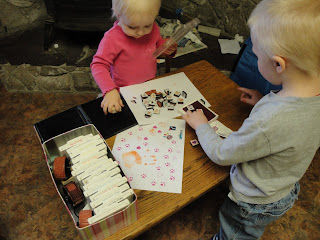 Going along with our fire theme, Nat & Z dressed up as firemen & we pretended to fight fires. This face is what you get lately when you ask Z to smile. Nice, huh? :) 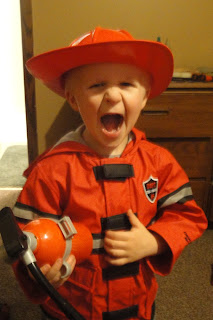 One day while we were playing on the porch, Z set up a bowling game for me to play with him. And then he decided to play 'slide bowling' like this - I thought it was so creative! :) We used a bunch of different things that were on the porch instead of pins to see what would happen, too. :) 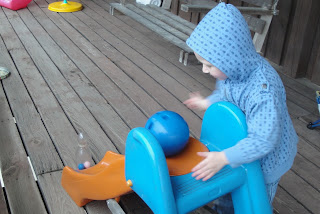 And Natalie rode on Z's bike. :) She's getting so big!

Speaking of growing up, Natalie moved from her highchair to a booster seat this week! Look out world! :) She loves it - she wanted to be a big kid like her "Bubba" instead of sitting in the highchair. And now Davey's seat can go on the highchair & he feels more of a part of everything, too, so he likes that. :) 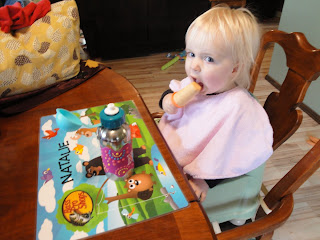 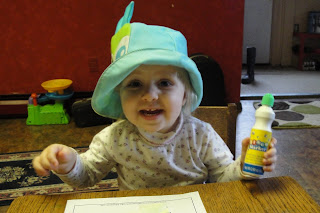 Speaking of cute, here is your weekly dose of Davey cuteness! He is just getting so much more fun - he turned 3 months old today!!! He laughs sometimes when you tickle his belly & make raspberry sounds with your mouth. :) Plus, he sleeps through the night occasionally, which is totally awesome. The other day he didn't get up till 6:50 - it was so great! :) 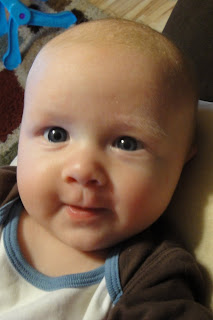 I'm not going to link up this week, since I'm so late getting this together, but check out what everybody creative is doing for Tot School and Preschool Corner this week! :)
Posted by Carrie at 4:28 PM

I love Natalies hat! Too cute! Cute pix of your kids too :o)