We actually had a lot of time to do Tot School activities this last week, with Thanksgiving break, we didn't have much else going on, and we were able to fit a lot of fun and learning in! :)

One afternoon, we did some free painting with finger paint and several different brushes. 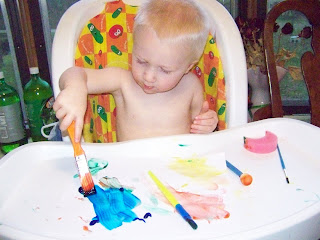 Here Z is experimenting with painting his body: 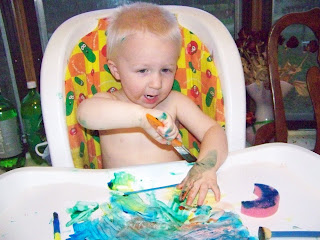 I got him some navy beans (the dry kind), and he has REALLY enjoyed scooping them into ice cube trays and muffin tins with different spoons: 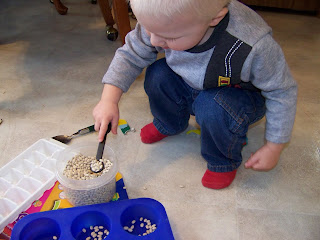 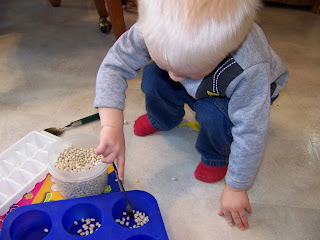 and with his hands: 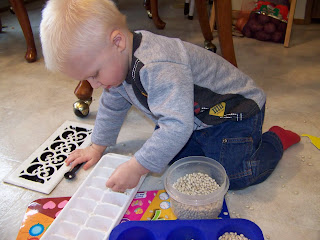 and of course pouring them out of the bowl: 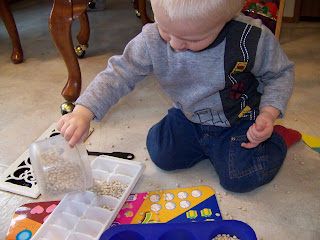 We did this activity once on the floor and a couple times in his highchair, and I would have to say that the highchair was actually messier, because he kept knocking the beans down into his seat. I think a big tablecloth or sheet on the floor would be the way to go (for future reference). 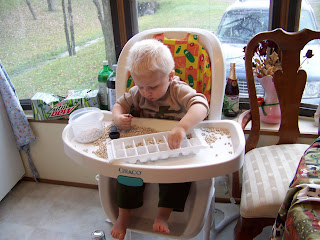 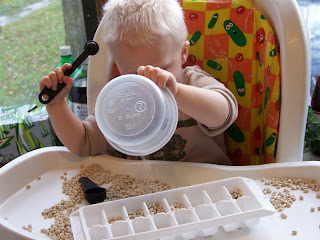 We also made a turkey this week. Here is Z trying to use scissors for the first time, to cut some of the scraps: (not going so well) :) 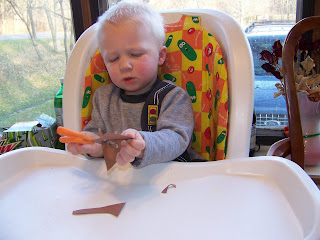 But he was pretty excited about the finished product. We traced one foot and two hands of his for the body & wings of the turkey, then I cut out some feathers in different colors & we glued those on the back. We added eyes & a waddle & beak and some feet at the last minute for cuteness. :) He doesn't get into craft projects very much while we're doing them, but for the following week, he looks at what we made and says, "We made a turkey! (or pumpkin, or whatever)" so that makes it worthwhile even if I do the whole craft myself. :) 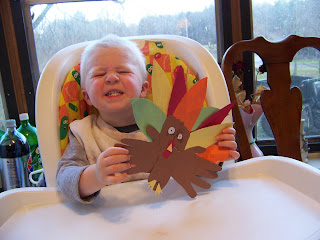 The day before Thanksgiving, we made a pumpkin pie together! Z helped with the spices as you can see, actually he dumped in all the ingredients as I measured them. 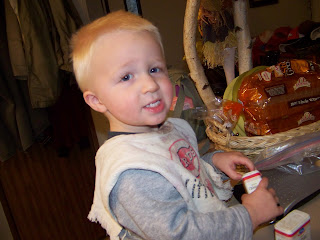 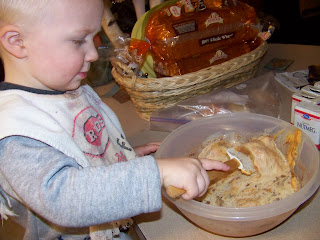 Here is our finished product. There should be three hearts on the top, but Z was possibly a little TOO helpful in pushing the hearts into the pie filling before it was baked. :) 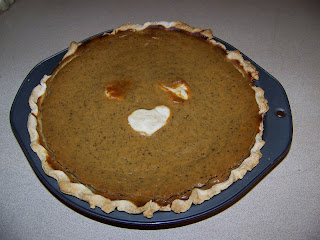 It snowed one day this week, so Z was excited to put his boots on and go outside and 'walk in the 'now'. Here he is enjoying it. :) 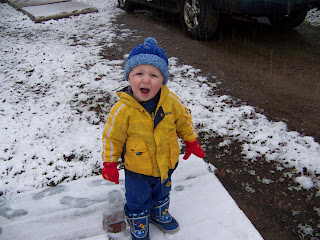 Next week, my tot school post will probably include some pictures of Z's birthday party, because he turns TWO YEARS OLD on Saturday - I can't believe it!!! These two years have FLOWN by!!! :)

What a cute little guy! You're going to have so much fun with your little girl, too - thanks so much for your comment!

Awww. Very cute and lots of fun I'm sure. He's growing so much!