The Secret Is Out

Z is pleased to announce that... 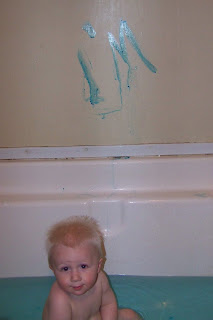 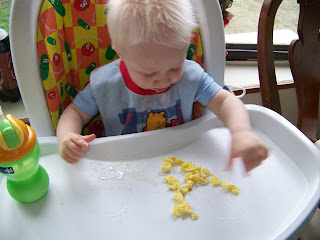 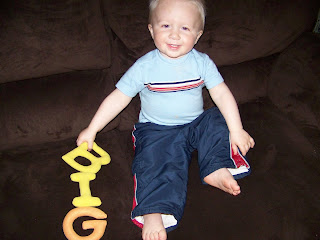 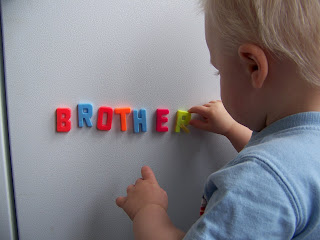 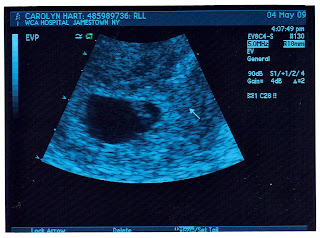 We had our ultrasound yesterday afternoon, and it was the quietest, most somber ultrasound I've ever been a part of. As far as I know, the baby is just fine...but I don't know much...the techs were so quiet, I actually asked at one point if something was wrong! They might have thought it was twins...because at one point the lady tech kept saying, "Now, see, there's ONE...there's ONE..." And I was like, "PLEASE TELL ME THERE'S ONLY ONE!!!" At one point in my life, I wanted twins - oh, so cute dressed up in their matching outfits, right??? Yeah, then I had Z. And I realized that those matching twins mother would be residing in an insane asylum!!! Oh, I know, truly, God would give me the strength, but for real, twins would be SO HARD!!! :) So I was glad when there was only ONE!!! :) Anyway, they were so quiet- they wouldn't tell me ANYTHING!!! Finally b/c I was sort of freaking out, they told me the baby's heartbeat was fine...so, okay! At least there's that. :)

As far as how I'm feeling...just kind of icky. After keeping up with Kathryn's adventures in front of the porcelain throne with her 3rd pregnancy, I'm utterly thankful for my mild nausea. Nothing really sounds good, which makes it a challenge to eat healthy, so I'm working on that. I'm also more tired & crampy with this pregnancy than I was with Z, which my dr. attributes to chasing Z around. :)

I announced in MOPS this morning, and everyone clapped, it was so fun. :) I love being pregnant...especially the end part when I'm showing...so fun! :) And then on the way home, I saw one of those orange & blue slides on the side of the road (for large item pickup), so I stopped & got it, and Z LOVES it. He can slide all by himself on it, and oh my goodness, it is so cute. That combined with the yellow & lime-green crocs I bought him at Wal-Mart...it is too much cuteness. :) He loves them so much he calls them 'crocs', not shoes...and he asked to wear them in the house tonight. :) I'll have to post a picture/video sometime. :)

Well, this is enough rambling. Hope everyone else had a nice day, too, whether it involved crocs & slides or not! :)
Posted by Carrie at 9:28 PM

CONGRATULATIONS!!!!!!!!!
I'm so happy for you!!!
And, as a mother of twins (after having one) .... you would've done a fine job.
I look forward to keeping up with your pregnancy through your blog!
I hope you start to feel better soon .... I was sicker than a dog with the twins (lost 10 lbs) and then sick with each one of the boys ..... heaving my guts up sick.
Ick.
So hopefully you'll just continue to feel "icky" and nothing more.
Again .... congrats and God's blessings to all FOUR of you!!!!!!
Much love,
Janine

WOW that is wonderful!

Awesome blog and Post!! Congrats on the new baby!

I've tried to contact you several times via e-mail, but have not heard back from you.

You were the lucky winner of one of my market bags and I just want to confirm which Market Bag you want. If you'll contact me - that'd be awesome!
theblackwells3@verizon.net
http://bizzielizzie.etsy.com

Congratulations!!! Sounds like I'll be having another niece or nephew about the same time. (After twin boys - this time there's only one!)

Congrats! I'm very excited for you guys. I'm sure this new one will love me just as much as Z!